So I started working a plugin which enables working with Twig templates. It requires Kirby’s 2.3.0 beta. 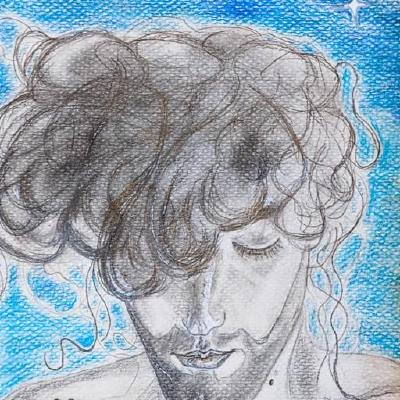 I’ve just used the <?php echo memory(); ?> / {{ memory() }} helper to print memory usage in equivalent PHP and Twig templates (both querying and listing all pages in a small site, with a bit more than 100 pages).

So there’s an overhead, but it seems to be rather linear (+ 2MB) and not proportional (or not by much).

Of course that’s probably a very limited and imperfect test.

With Kirby’s default PHP templating, you can access all of PHP and also any function defined in a plugin or in a PHP file you import.

With Twig, you’re limited to what Twig provides and to variables, objects and functions provided to the Twig environment. In the plugin I’m providing the page, pages, site and kirby objects, as well as some of Kirby’s helpers and functions. This leaves two open questions:

Version number: for some reason I had versioned it as 1.1 then bumped to 1.2 because I forgot that previous change. That’s what I get for not having a changelog. Also adding a namespace is a breaking change but I don’t suspect people were using the class directly so I didn’t bump to 2.0 just for that.

Limitations are not so bad

Unlike PHP templates, Twig doesn’t have access to all the functions and classes in the PHP script’s scope. This means that if you write a plugin file to expose a simple function to your templates… sorry, doesn’t work. Want to use the Kirby Toolkit in your Twig templates? Sorry, doesn’t work either.

I converted my personal site to Twig templates. It had legacy Kirby 1.x and 2.0 stuff all over the place, so I wasn’t sure it was going to work. Turns out it wasn’t a problem.

All in all, Twig’s limitations forced me to make better use of Kirby’s tools for separating concerns and moving logic out of the templates.

I’m still considering a way to tell the Twig plugin to expose some custom functions, and considering whether I should expose bits of the toolkit or even all of it to Twig templates.

For the toolkit I could expose a function that allow instantiating any toolkit class, like {{ toolkit('c').get('something', 'fallback value') }}, but frankly I’m not sure that’s useful. Like 90% of the toolkit is better suited for use in Page methods, controllers, plugins etc.

So maybe just a way to register a custom function or class and expose it to templates.

Great job! Can’t wait to try it out. The documentation is really helpful thanks for taking the time.

Awesome!, Just what I was waiting for!

I Have two questions:

Hi and sorry for replying late.

Answer to the first question is here in the doc. Your config is okay, but the syntax when using the declared function should be {{ str__email(...) }}.

It is possible to use twig for a snippets or this is only limited to the templates?

The snippet() function is Kirby’s function so snippet('test') will load site/snippets/test.php. Snippets can’t use Twig syntax. But Twig includes basically work in the same way:

Personally I stopped using snippets and just use the site/templates folder and some subfolders if I have many parts and want to be organized. Also template extending is great, so if you’re doing things like this:

… that’s not the Twig way and it can be improved quite a bit.

Great!, thanks for the acceleration.

Yep, I love use controller too, I just was curious of how to use the helpers directly in the .twig files .

There are some breaking changes too, so if you’re already using this plugin, make sure that you’ve read about them in the full changelog.

Personally I stopped using snippets and just use the site/templates folder and some subfolders if I have many parts and want to be organized.

As a side note, in 3.0+ and some earlier versions of this plugin, you can use the @snippets namespace to include Twig templates from the site/snippets folder:

You can also define your own namespaces (which point to a folder) in your configuration (Kirby Twig 3.0+):

Hi,
is it possible to get the (PanelBar Plugin) working with the twig engine?

The usual way is to include the call in in your php-template:
<?php snippet('plugin.panelBar) ?>

I tried by adding the following to my config
c::set([‘twig.function.panelBar’ => panelBar]);

and calling with it in the template by
{{ panelBar }}

This doesn’t work. Not sure it its possible anyway to include plugins or more complex code in that way. I am not very skilled in respect of the php/backend stuff.

[quote=“wolle, post:14, topic:3823”]
The usual way is to include the call in in your php-template:
<?php snippet('plugin.panelBar) ?>[/quote]
You can use the snippet function as well in your Twig templates:

I tried by adding the following to my config
c::set([‘twig.function.panelBar’ => panelBar]);

If panelBar is a PHP function, you can indeed make it available in Twig templates, but you will need to use the function’s name as a string:

Then you can call the function in your templates:

But I’m not seeing a panelBar function in the plugin’s documentation, so I don’t think this would work. The correct way to include the panelBar HTML, CSS and JS code seems to be using the snippet function.

does the job, didn’t expect it was that easy.
Thank you very much!