It looks like this just isn’t supported so it might as well be a feature request but perhaps I’m just doing something wrong:

I want to add an alternative stylesheet using Kirby’s css() helper like this:

but it doesn’t care for the rel attribute and just outputs rel="stylesheet", anyway. Am I doing anything wrong or is this just not implemented? Is there an alternative other than adding static HTML?

should do the trick. 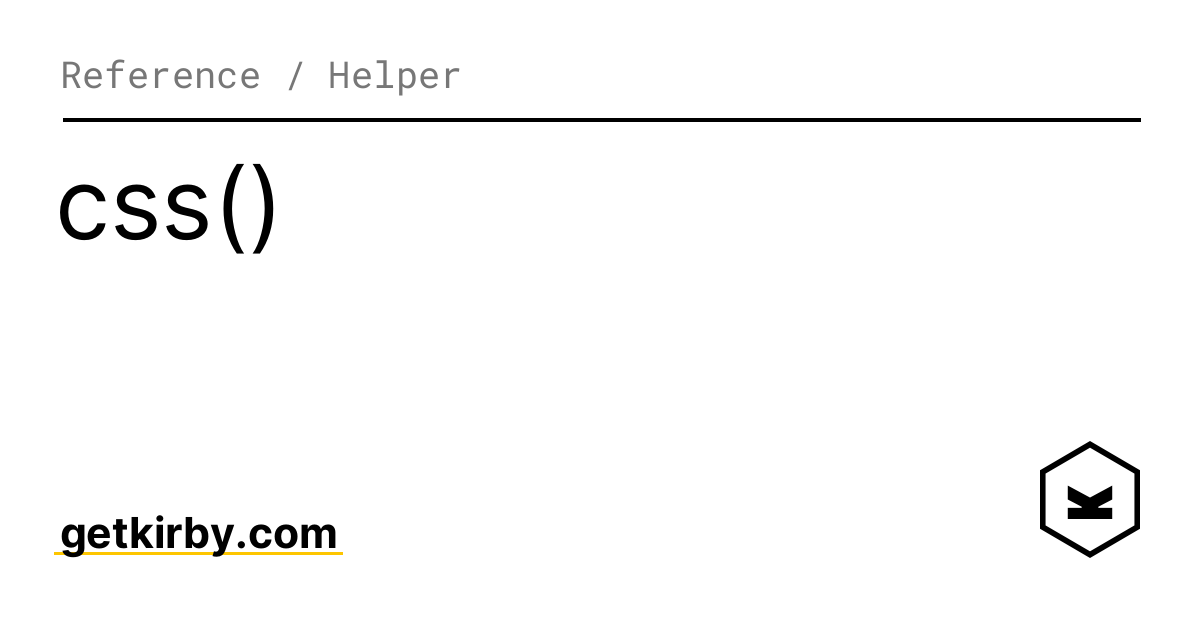 No, it doesn’t. The output produces rel="stylesheet" instead of rel="alternate stylesheet" regardless.

I would rate that as a bug (overriding stylesheet with alternate stylesheet is fine as per the spec, though there’s a bit extra logic involved as the MDN article implies), so a Github ticket is probably the best way.

Thanks. In the meantime I’m working around this with

…this actually piqued my interest and I gave it a shot with a quick PR: Allow `rel="alternate stylesheet"` in css() helper by sebastiangreger · Pull Request #4099 · getkirby/kirby · GitHub

@VIPStephan In the just-released 3.6.2-rc.2, this should now work as you initially intended